I thought I would make a special blog tonight about mental illness. It is such a big deal in today’s society. I believe it can be so misunderstood and misused. I have many friends and family who have a mental illness. There are millions of people who have a mental illness but what is it? Does it mean you are sick? Is it a death sentence? Mental illness isn’t something you can catch from someone, and it doesn’t mean your life is ruined. A few examples of mental illness, anxiety, post-traumatic stress disorder, panic attacks, and so many more. I see people become afraid of those who have a disorder because they feel something is really wrong with them. I think a lot more research needs to be put into figuring out just how to handle those with a mental disorder. I have seen judgement being passed around to so many but on the other hand, I see it being used as a weapon to get themselves out of trouble and it should not be done in either way. I have a daughter with MID and she has been ridiculed, made fun of and humiliated. That is the reason I homeschool her because she knows her environment is safe at home and doesn’t have to worry who is staring at her or making her feeling uncomfortable. I am her advocate and her biggest supporter. Schools need to take a long look at why kids are being bullied and why kids are dropping out of school. Could it be that kids are intimidated by the curriculum that is being put forth, I believe it’s called common core. Could it be they are feeling anxious about the school setting and don’t know how to handle themselves so maybe they act out by yelling or maybe they scream and cry? I am not just saying it’s our schools, it could be the grocery store or maybe it’s a job interview. We need to get to know one another, instead of making a judgment call about that person, get to know them first. Again, on the other hand, I have seen someone that has had a mental illness use that as a reason they broke the law. I am sorry but if you feel you have a problem you need to seek help. We still have a control of our lives don’t allow a title make you feel inferior or entitled. There is help out there but we still need to get educated on how to treat those with a mental illness. 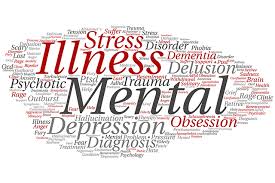